From Tape to Disk – What Does it Take?

In the 1960s, the BBC wiped the original video tape recordings of Doctor Who.

The reason was simple: Storage was expensive and limited. The BBC needed the tapes for new programs.

Ever since, tape has been used to store the vast amounts of data in video creation, production and playout. Tape is considered to be inexpensive and easy to handle. Tape is also known as not being too reliable and time consuming due to the need of cueing. Somehow, it doesn’t fit into modern times anymore.

Disk storage has taken over most of the data storage business - and is already replaced by flash storage for high speed and I/O sensitive applications, such as database storage. On the other hand, especially for the video business, a lot of companies still use tape storage. Like the BBC did back in the 1960s.

To replace tape storage, a disk based storage system must provide more than current solutions can offer. Such a system must be designed from the ground to compete with tape storage in these three aspects: 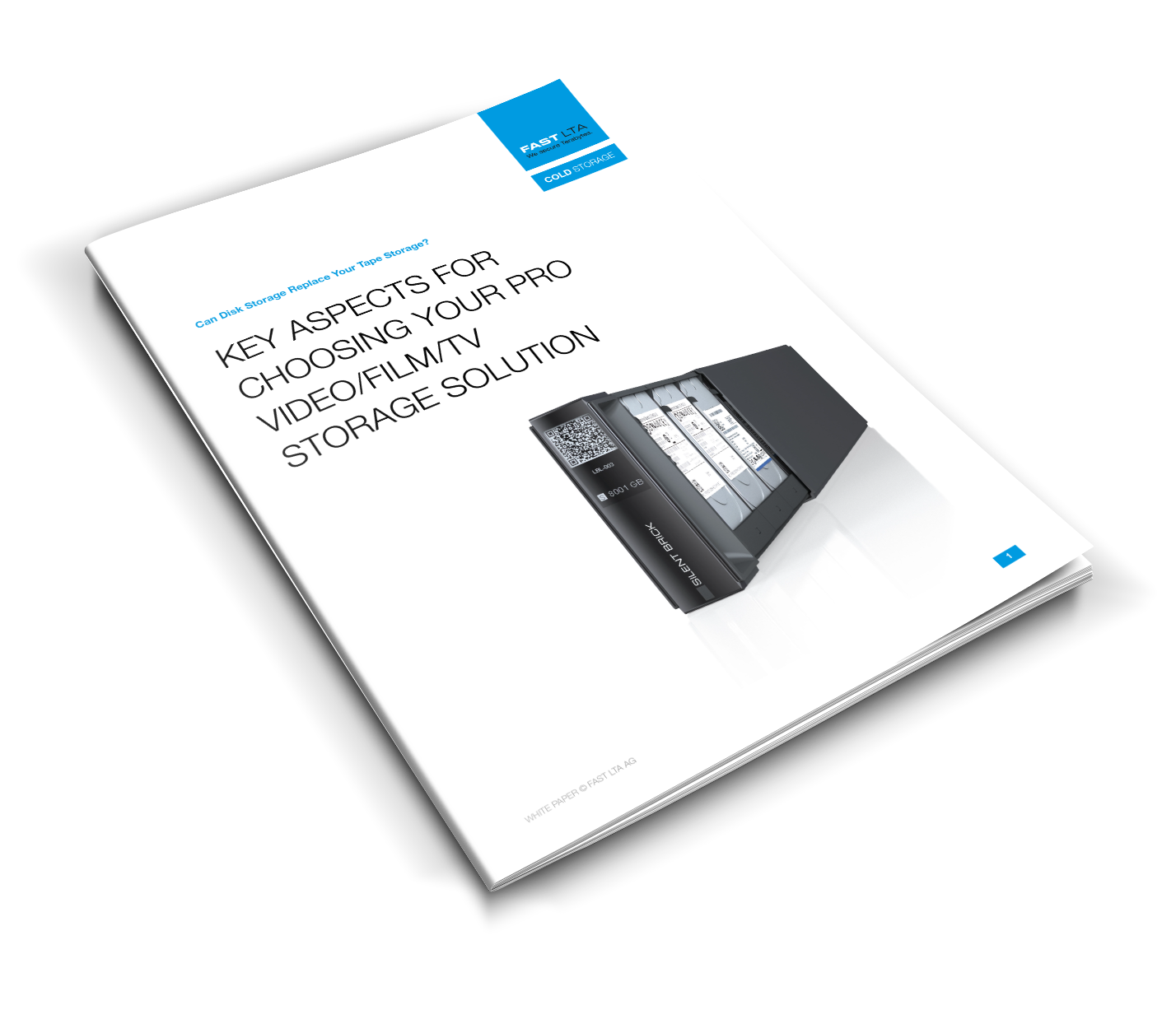 Get the full read by downloading our free white paper

FAST LTA specialises in long-term data storage. Our certified storage solutions have been expressly and categorically developed for the secure, cost-effective, long-term safeguarding of digital data.

Our core technology is a pat.pend. WORM hard disk controller which uses a special coding algorithm and audits all data on a regular basis.

FAST LTA has been certified according to ISO9001 and meets highest quality standards.